There is a time-honored Japanese altar ceremony in which a couple expresses gratitude for their destiny and is joined in matrimony. 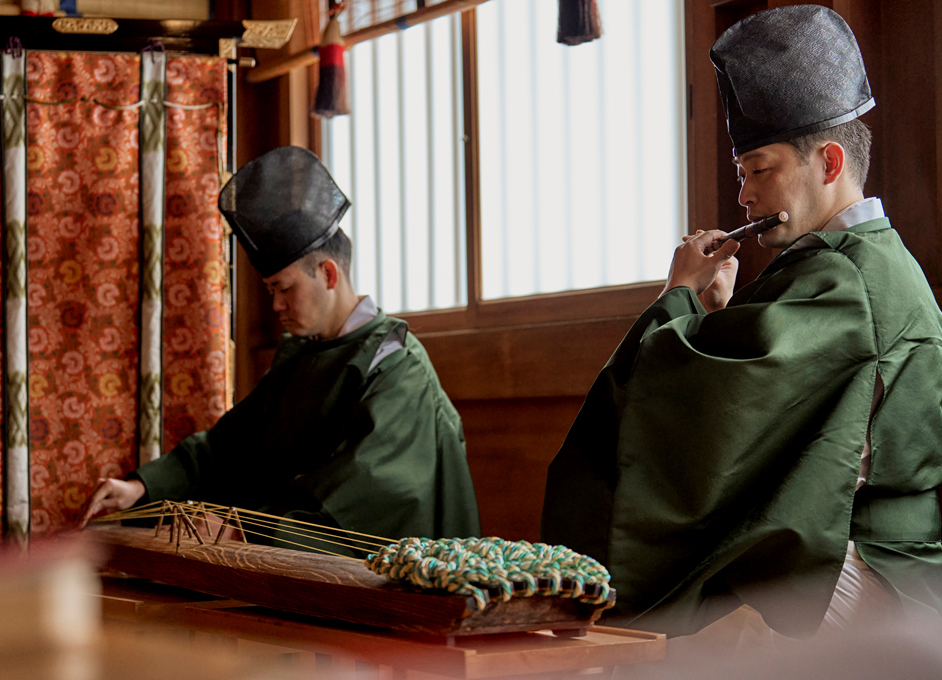 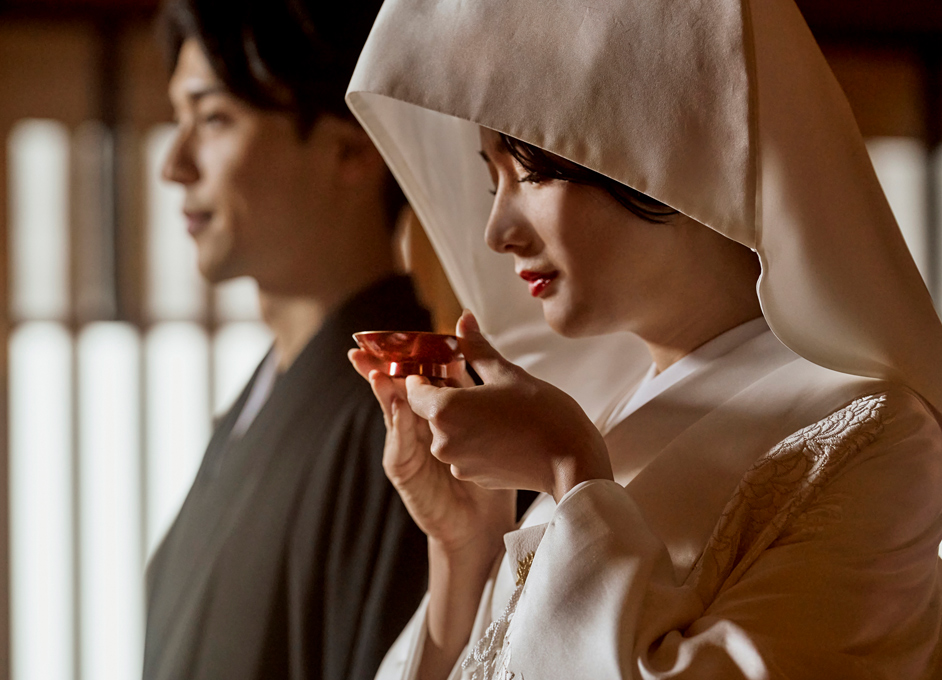 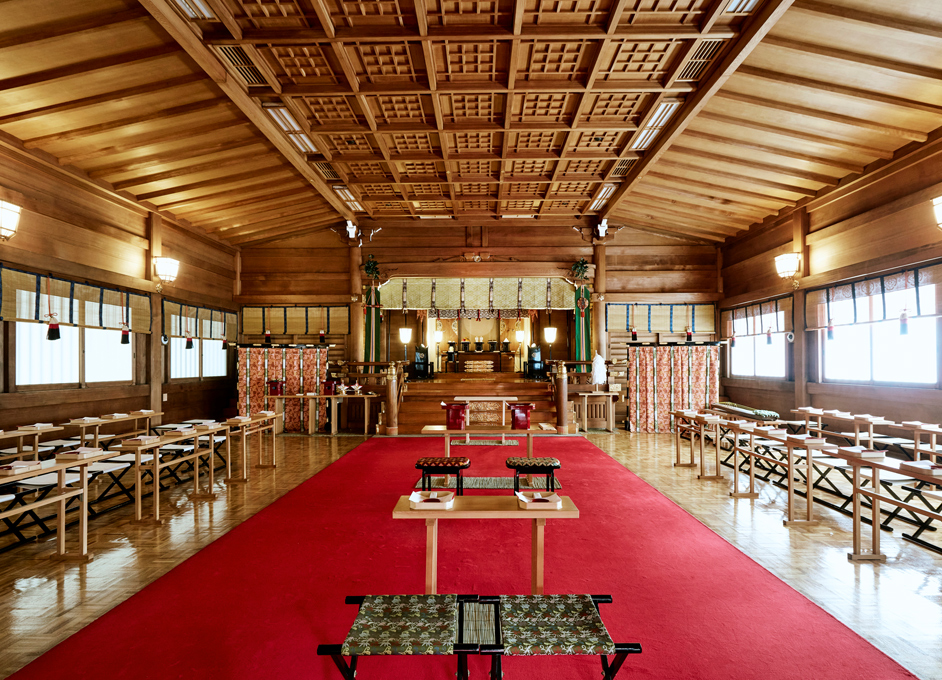 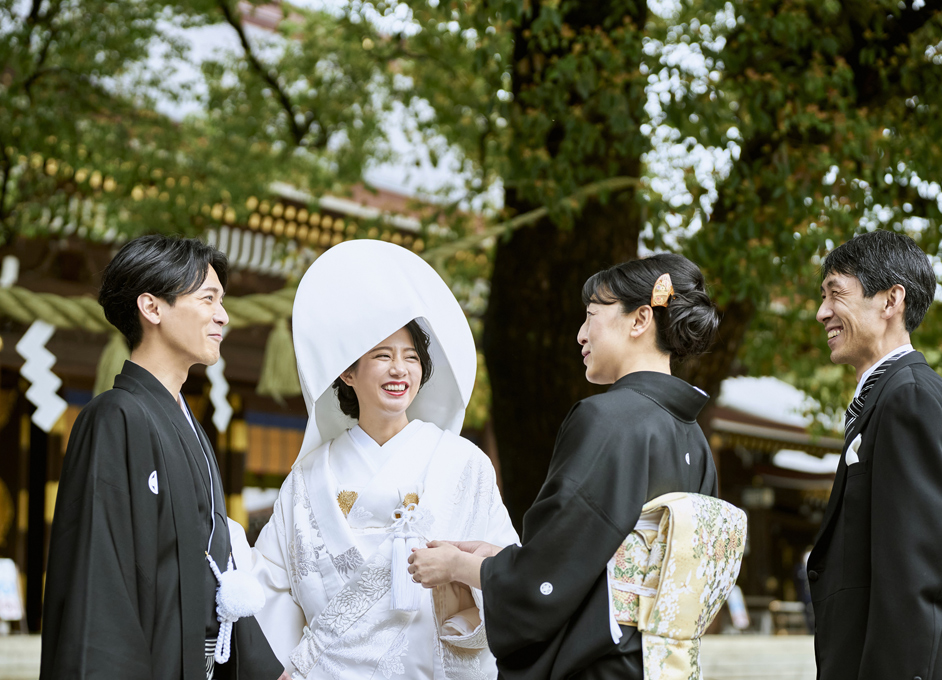 Meiji Shrine was erected in 1920 based on the wishes of people to pay eternal respect to Emperor Meiji and Empress Dowager Shoken. The evergreen grove, planted and cultivated by over 110,000 volunteers, has grown into an urban oasis. The shrine hosts ceremonies in a time-honored fashion each day, from morning to evening. At Meiji Jingu Shrine, solemn Shinto wedding ceremonies are performed, honoring the generations of Japanese who have carried the traditions forward for centuries and the harmonious Japanese spirit, and praying for the everlasting happiness and prosperity of the two families.

The Japanese wedding ceremony originates from mythology. The gods Izanagi and Izanami, the parents of Amaterasu who is the divine ancestor of the Japanese imperial family, became husband and wife and subsequently gave birth to nature in all its glory, as well as the eight million gods of Shinto lore. Life has been handed down from our ancestors generation after generation, century after century. In the Japanese wedding ceremony, one precious life and another meet and are joined together in marriage. They exchange sake cups symbolic of their commitment as a married couple. In this unchanging traditional ceremony, the couple pledges to become a new family, expresses gratitude to the gods and their ancestors, and prays for divine protection. 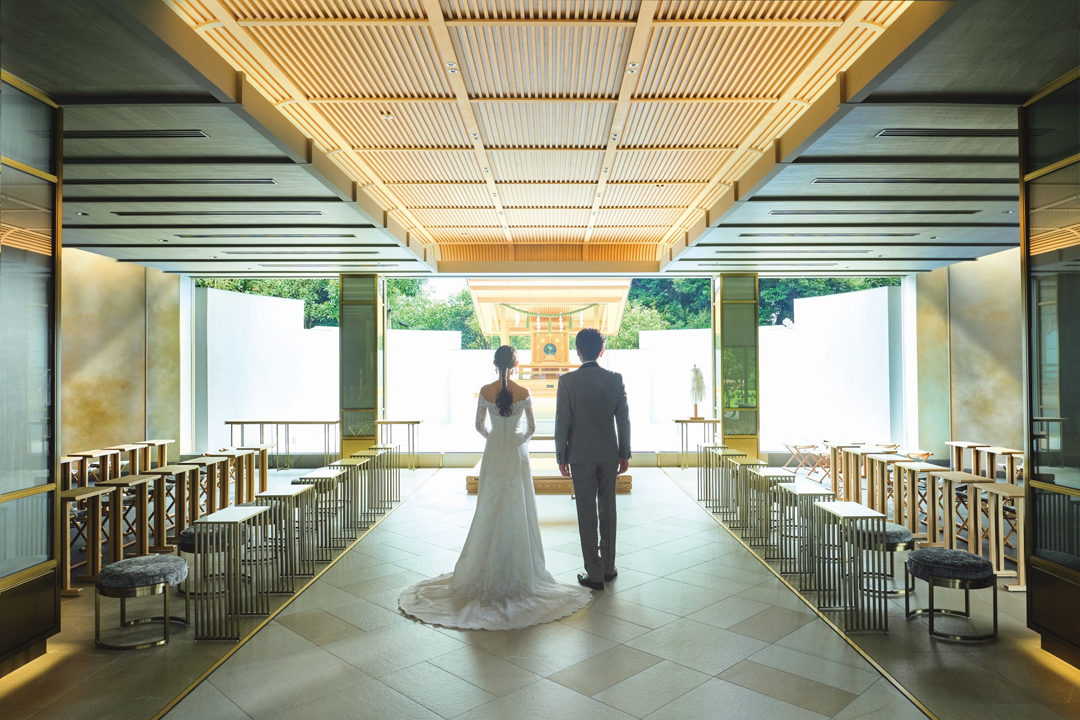 For a Shinto wedding ceremony, you may choose either the "Hosaiden" at Meiji Shrine or the "Gishikiden" at Meiji Kinenkan. A wedding ceremony at the Meiji Shrine will be held in the shrine that is so verdant it is almost unthinkable that it is in the middle of Tokyo, and accompanied by a Shinto priest and shrine maiden as you begin with the "wedding processional" to the Hosaiden. At the new Gishikiden which was renovated in June 2021 into a modern and wide space that transcends the typical image of "traditional" or "contemporary" wedding halls, you can hold a Shinto wedding ceremony in any style you prefer, wearing Japanese or Western wedding dresses. All refined and sacred wedding ceremonies will be handled by Meiji Shrine's priests, musicians, and shrine maidens.